Manorview Charity Results… what a year it’s been!

This initiative saw every one of our venues working with a chosen charity to raise awareness, fundraise and donate time to good causes.

We abseiled, ran, walked, cycled, held afternoon teas, quizzes, and charity dinners. We also helped out at local foodbanks and donated clothes and essential items to homeless charities. The total amount we donated was £48,586.00

This was split between various good causes. We donated £19,000 to Glasgow-based charity A&M Scotland, who provide free access to sport for children from some of Scotland’s most deprived areas. This amount was raised through a Sportsman’s Dinner at our Busby Hotel, and through a Football Legends Charity Match, which was held at Hamilton Accies Football Club and attracted ex-footballers Alex Rae, Arthur Numan and Jan Vennegoor of Hessilink. We also invited some of the young people from A&M Scotland to a Christmas panto at The Redhurst Hotel.

Over £4,000 was raised for the Glasgow-based Cure Crohn’s Colitis charity by Boclair House Hotel, who held a Great Gatsby themed Charity Dinner. While the team at Cornhill Castle, raised £2,500 for Chest Heart & Stroke Scotland, some of those funds came from an abseil from the Forth Rail Bridge.

The Commercial Hotel supports the neo-natal unit at Wishaw General Hospital and have raised nearly £5,000 through a variety of quizzes, collections, tip donations and walks.

The Bowfield Hotel raised over £5,000 through various events, which included a parachute jump for Muscular Dystrophy, a charity 10k run, and a zip slide for St Vincent’s Hospice.

The Redhurst Hotel raised over £3,600 for East Renfrewshire Good Causes which helps those in need in their local community. The team at Innishmohr pub in Coatbridge donated over £1,000, to Lanarkshire Association for Mental Health and Cancer Research.

The Torrance Hotel raised nearly £1,000 for A&M Scotland and their team also helped out at their school holiday camps.

Further charities supported include Strathcarron Hospice by The Star & Garter in Linlithgow, and Samuel’s Smile by The Lynnhurst Hotel. The dog-friendly Applebank Inn in Larkhall is sponsoring a guide dog and raising funds for Guide Dogs Scotland.

Our Head Office did walks, boot sales and helped at foodbanks.

And we did charity cycle between four of our venues to raise money for Breast Cancer Care and the Day Unit of Hairmyres Hospital.

Moving into this charity year which will run from April 2018 to March 2019, there are plans to give even more back.

Our events will start with our Managing Director, Steve Graham, and our Head of Procurement, Steve Buckley running the London Marathon on 22nd April 2018. Their target is to raise £6,000 to be split between CHAS (Children’s Hospices Across Scotland) and When You Wish Upon a Star Scotland.

Steve Graham, MD, Manorview Group said, “At Manorview we instil a strong emphasises on the value of people. Our charity initiative grows that ethos to go beyond our Manorview team to cultivate care and consideration for others. We encourage a philosophy which encompasses valuing ourselves as a team, as well as the customers who visit our venues, and the people in our communities who may need help. I believe we can extend our networks to give something back. There’s so much we can do and achieve collectively to help others. By working together, we can help to make a difference and contribute to our communities and wider networks.”

To read and donate to the London Marathon, please see:
https://uk.virginmoneygiving.com/Team/ManorviewMarathonMen

Read more about our Charity events below… 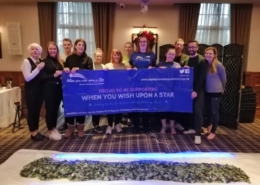 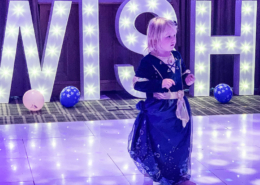 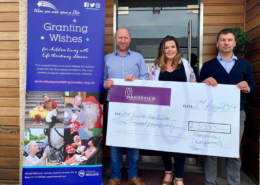 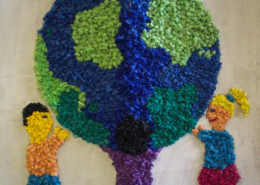